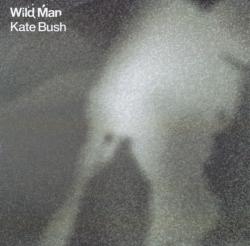 Still from the music video of 'Wild Man'

Song written by Kate Bush. Originally released on her tenth studio album 50 Words For Snow in 2011.

Despite being released as a single from the album, it was never issued on any format other than digital download. However, promotional CD-singles exist and are changing hands at the collectors market.

There was a short (2 minutes and 24 seconds) animation to accompany a segment from 'Wild Man'. It was published on 16 November 2011 as part of the promotion of the album.

There are three versions of the song: the album version and a radio edit were released in 2011, whereas a version with 'remastered shimmer' appeared on the album The Art Of Peace: Songs For Tibet II in 2015.

Well, the first verse of the song is just quickly going through some of the terms that the Yeti is known by and one of those names is the Kangchenjunga Demon. He’s also known as Wild Man and Abominable Snowman. (...) I don’t refer to the Yeti as a man in the song. But it is meant to be an empathetic view of a creature of great mystery really. And I suppose it’s the idea really that mankind wants to grab hold of something [like the Yeti] and stick it in a cage or a box and make money out of it. And to go back to your question, I think we’re very arrogant in our separation from the animal kingdom and generally as a species we are enormously arrogant and aggressive. Look at the way we treat the planet and animals and it’s pretty terrible isn’t it? (John Doran, 'A Demon In The Drift: Kate Bush Interviewed'. The Quietus, 2011)

It was something I worked on with Rupert [Hine]. I added layers of sound to it, but they’re almost inaudible, which was done with Kate’s approval. In fact, fans were pissed off because they felt it wasn’t any different to the original version. In fact, it’s completely different. It has a very different sonic approach. We asked Kate to name it and she said it should be “With Remastered Shimmer” so that’s what it was called. (Anil Prasad, Stephen W Tayler - Experiential evocation. Innerviews, 2020)