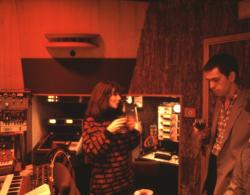 Townhouse Studios was built by Richard Branson in the late 1970's. Situated in West London, the studios had 3 main rooms (labeled 1, 2 and 4!) each having a unique feel and atmosphere. All rooms were equipped with SSL consoles and were designed by studio design guru, Sam Toyashima. The facility was home to artists including Queen, Bob Dylan, Blur, Oasis, Placebo and many others. Elton John recorded Candle In The Wind at the studio, and the renowned 'Stone Room' was responsible for the famous drums sound on Phil Collins' In the Air Tonight. Kate Bush's album The Dreaming was partly recorded there as well.

In 1992, the studios were absorbed by the EMI/Virgin Studio Group. In 2002, the studio was taken over by the Sanctuary Group in 2002. They announced that the facility would cease operations at the end of March 2008.

In June 2014, Perpetuum Development bought the building for a reported £7.5m and have spent about £8million and 14 months transforming it into 12 four-bedroom mews houses.