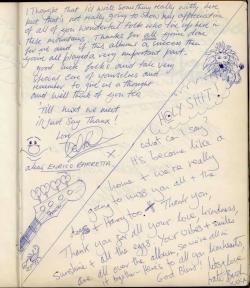 Super Bear Studios in Nice was a privately owned, residential recording studio. It forged a reputation for technical excellence and innovation in the late 1970's and early 1980's. Located in the foothills of the Alpes Maritimes near the city of Nice, France, the mediaeval village of Berre-les-Alpes provided an idyllic setting for this "secret" musical hideaway. It was owned and operated by Damon Metrebian and a small group of young British expats.

With state-of-the-art acoustic design by Tom Hidley (Eastlake Audio), a quadraphonic control-room sporting one of the first automated, analogue mixing desks (MCI JH-500), an impressive list of outboard gear, microphones and studio instruments, Super Bear was the destination for some of the biggest names in the music industry; Pink Floyd, Queen, Elton John, Paul McCartney, Van Morrison, Ringo Starr, The Police, and Kate Bush, who recorded her album Lionheart there.

During the summer of 1986, the complex was undergoing a complete refit and redesign. On a particularly hot and windy day in July, the unoccupied building was caught in the path of a forest fire, and totally destroyed.

After the building was rebuilt, the house became a pictorial gallery and then a guest house, which it still is today.