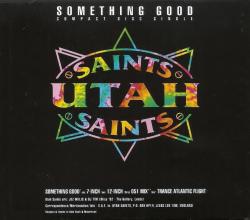 Song written by Jez Willis and recorded by the Utah Saints. Originally released as a single in 1992 and included on the band's self-titled album from the same year. The track features a vocal sample from Kate Bush's Cloudbusting.

According to Willis: "We hadn't a clue how Kate would react when we sent her a tape of the track. Especially since we'd nicked the strings and drums of 'Cloudbusting' as well as the vocals. We didn't want people to think we were taking the piss. We wanted it to sound cool rather than quirky. Kate even agreed to sell us a 30-second clip of the Cloudbusting video. The only trouble was that we had to edit Donald Sutherland out. If we'd kept him in, it would have cost us an arm and a leg."