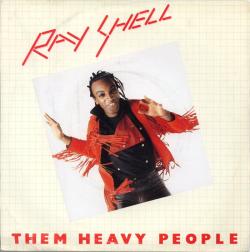 African-american singer and actor, who arrived in London in 1978 with the Gospel musical 'Little Willie Jr's Resurrection'. He started recording tracks with the post-punk band Magazine. In February 1981 he released a disco-influenced cover version of Kate Bush's Them Heavy People in February 1981. She apparently sang backing vocals on this version. He formed his own band, the Street Angels, together with Sinitta, Carl McKintosh and Charita Jones.

He went on to star in various TV productions and starred in various West End musicals, including Starlight Express, Gone With The Wind, Lion King, Sweeney Todd and The Bodyguard.