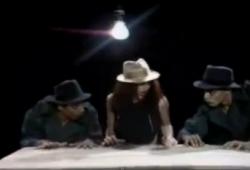 American late-night live television sketch comedy and variety show created by Lorne Michaels and developed by Dick Ebersol. The show premiered on NBC on 11 October 1975, under the original title NBC's Saturday Night. The show's comedy sketches, which parody contemporary culture and politics, are performed by a large and varying cast of repertory and newer cast members. Each episode is hosted by a celebrity guest (who usually delivers an opening monologue and performs in sketches with the cast) and features performances by a musical guest.

The show continues to this day, making it one of the longest running network television programmes in the United States. Throughout its run, Saturday Night Live has received a number of awards, including 36 Primetime Emmy Awards, two Peabody Awards, and three Writers Guild of America Awards.

On 9 December 1978, Kate Bush made her first and so far only television appearance in the USA on Saturday Night Live. After a very sincere introduction by Eric Idle, Kate appeared sitting cross-legged atop a grand piano performing The Man With The Child In His Eyes. The accompanist was Paul Shaffer; additional off-screen backing was heard as well. Later in the programme she re-appeared to perform Them Heavy People, together with two male dancers. Finally, Kate appeared on-stage during the end-credits, along with all the other guests and cast-members.