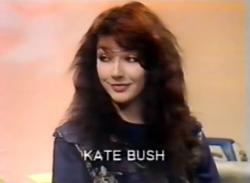 Multi-Coloured Swap Shop, commonly known simply as Swap Shop, was a British children's entertainment programme that was broadcast on Saturday mornings on BBC1 for 146 episodes in six series between 1976 and 1982. It was ground-breaking in many ways: by being live, being nearly three hours in length, and using the phone-in format extensively for the first time on TV.

The show was hosted by Noel Edmonds and his associates were Keith Chegwin, John Craven and, from 1978, Maggie Philbin. Also featured was Posh Paws, a stuffed toy dinosaur. Edmonds once explained that his name was actually spelled 'Pohs Paws', because that is 'Swap Shop' backwards as suggested in the phone in by 5 year old Duncan Beck. The content of the programme included music, visits from celebrities, competitions, and cartoons. There was also coverage of news and issues relevant to children, presented by John Craven, building on his profile as the presenter of John Craven's Newsround.

The cornerstone, however, was the Swaporama element, hosted by Chegwin, who was very rarely in the studio. An outside broadcast unit would travel to different locations throughout the country where children could swap their belongings with others. This proved to be one of the most popular aspects of the show, often achieving gatherings of more than 2,000 children. Generally, the primary purpose of the BBC OB unit was to broadcast a sporting event at that Swaporama venue later that day. This allowed Swap Shop to use the same unit and save programming costs which would otherwise be prohibitive.

On 20 January 1979, Kate Bush was a guest in the programme. She was interviewed by Noel Edmonds and answered phoned in questions.

Swap Shop was a success, attracting substantial ratings not only among its target audience of children, but also students and parents. It ended in 1982, to allow the presenters to move on to other projects — notably Edmonds, who became one of the highest-profile TV presenters in the UK. It was replaced by a series of similar programmes, most notably Saturday Superstore, Going Live! and Live & Kicking.

The programme didn't survive in the BBC archive. Every edition of Swap Shop was recorded in full every week onto two 90-minute Quad tapes. These tapes were held by the BBC until the late 1980's, at which time the Deputy Head of Children's Television, Roy Thompson, allowed many of them to be wiped and sold to Australia as recycled stock. Although Quad tape was considered obsolete in the UK, Australia was still using it extensively at that time, and as the Swap Shop tapes had no physical splices in them, they were considered ideal for re-use. As a consequence, no archive of Swap Shop exists and subsequent archive reissues of in-studio appearances had to be taken from domestic video recordings that had survived in private hands.