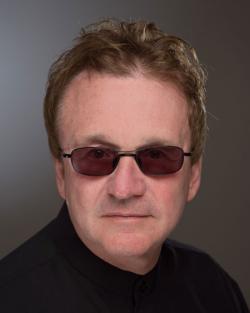 Michael (Mike) Moran was born in Leeds, West Yorkshire on 4 March 1948. He studied at the Royal College of Music in London prior to becoming a session musician and composer/arranger. 'Rock Bottom' which he wrote in partnership with Lynsey de Paul, was the UK entry in the Eurovision Song Contest 1977, and put him in the spotlight for the first time. Although leading early on in the voting, the song eventually came second in the Contest. Nevertheless, it went on to become a Top 20 hit in many European countries including France, Germany, Austria and Switzerland, where it reached the top of their singles chart.

De Paul and Moran went on to write a number of songs such as 'Let Your Body Go Downtown', a Top 40 hit for the Martyn Ford Orchestra, and the follow-up 'Going To A Disco', as well as 'Without You', and 'Now and Then', which appeared on the De Paul albums 'Tigers and Fireflies' and 'Just a Little Time', respectively.

In the 1980's he added the names George Harrison and Mick Fleetwood to the list of artists for whom he played. He was co-producer, arranger, keyboards performer and co-author of all the tracks on the album 'Barcelona', the classical crossover collaboration between Freddie Mercury and opera singer Montserrat Caballé, released in 1988. He produced 'The Queen Album' (1988), 'Piaf' (1994) and 'Essential Musicals' (2006) for Elaine Paige. Additionally, he had moved by then into film scoring, partly through his connection to Harrison, on the movie 'Time Bandits' and then 'The Missionary'.