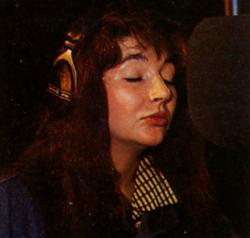 On March 6, 1987, the ferry Herald of Free Enterprise, leaving Zeebrugge port in Belgium, overturned, killing nearly 200 people. Among the passengers were many British people, using a special offer in tabloid newspaper The Sun, allowing them to make the crossing for just one UK pound.

The newspaper soon organised the recording of a single to benefit the Sun's Zeebrugge Disaster Fund, which was set up to raise money for victims of the disaster and relatives of the deceased. The performers of the chosen song, Let it be, were (in order of appearance):

The recordings took place on March 14, 15 and 16, 1987. Kate Bush appeared on March 16, 1987 to sing her part. There had been some confusion about whether she would be there for the recording or not. When she finally appeared on the Monday, she explained that she had been ill over the weekend. She was the first artist to have the studio cleared, and also the first to refuse all interview requests, saying "It's for the cause - It's not what I've got to say."