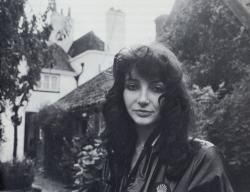 Located in Wickham Street in Welling, Kent (UK), East Wickham Farm is an almost 400 year old building, located at the heart of Welling in those days. While the farm is now surrounded by flats and modern suburban houses, it still retains a clear vantage of East Wickham open space across to Plumstead cemetery.
The farm has been traced back to 1843 Tithe Apportionment. The shell of the house as it is today is undoubtedly much later than 17th century and must have been built around the existing farm house. The farmstead has remains substantially unchanged for the last 200 years. The layout of the outbuilding is more or less as recorded in the local records officie of the earliest plans of the farm.

The earliest known photograph shows the Wheeler family and friends on the steps to the summerhouse in the 1880's. Twenty years later, farmer Bruce L. Gibson owned the property. The Bush family moved into the property in the 1950's and it is still in their ownership today. It is being used by Owen Bush, Kate's nephew, who works as a blacksmith.