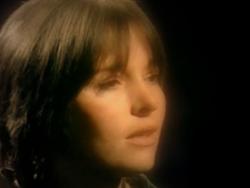 Born on 12 August 1943, Lesley Duncan was an English singer-songwriter, best known for her work during the Seventies. At 19, while working in a London coffee bar, she and her brother were placed on weekly retainers by a music publisher. Within a year Duncan had signed her first recording contract with EMI, and appeared in the film 'What a Crazy World'. Considered one of Britain's first female singer-songwriters, her songs included 'Everything Changes' and 'Sing Children Sing', and the song for which she is best known, 'Love Song'. Despite critical acclaim, Duncan's multiple solo albums failed to achieve commercial success.

In addition to writing and singing her own material, Duncan was in wide demand as a session singer in the mid to late Sixties, most notably working with Dusty Springfield from 1964 to 1972, a favour Springfield returned by performing backing vocals for several Duncan recordings, and with Elton John on several occasions. She also co-wrote three songs with Scott Walker for The Walker Brothers in addition to providing backing vocals for them. Duncan famously contributed backing vocals to one of the top selling albums of all time, Pink Floyd's 'The Dark Side of the Moon'.

In 1979, Lesley Duncan re-recorded 'Sing Children Sing' with Pete Townsend, Phil Lynott, Madelaine Bell, Joe Brown, Vicky Brown, Paddy Bush and Kate Bush as a charity single for the United Nations' International Year of the Child. This single has become a bit of a collector's item for Kate Bush fans.

In 1997, Duncan moved with her family to the Isle of Mull, Scotland, where most residents came to know her as a cheerful gardener and knew nothing of her previous life in the music industry. By all accounts content to lead a more private, family-oriented life in her later years, Lesley (Duncan) Cox died on 12 March 2010 of cerebrovascular disease following an extended illness.