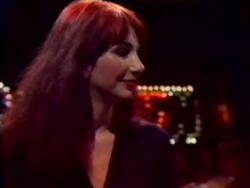 Countdown was a long-running popular weekly Australian music television show broadcast by the Australian Broadcasting Corporation from 8 November 1974 until 19 July 1987. It was created by Executive Producer Michael Shrimpton, producer/director Robbie Weekes and record producer and music journalist Ian "Molly" Meldrum. Countdown was produced at the studios of the ABC in the Melbourne suburb of Ripponlea. The majority of performances on the show were lip synched. Countdown was the most popular music program in Australian TV history. It commanded a huge and loyal audience.

Molly Meldrum, the program's talent co-ordinator, began appearing on-air in 1975, presenting the "Humdrum" music news segment and conducting interviews. Meldrum soon became the "face" of Countdown. He appeared regularly on-air until 1986. Another attraction to the program was the local and international acts who would host an episode - usually performing as well. During the show, Meldrum would interview them (while co-hosting) or have a chat with them before the show went out with the number 1 single of the week.

Kate Bush appeared on Countdown on 12 October 1978 for a performance of Hammer Horror and an interview.

A large number of master videotapes recorded between 1974 and 1978 were later erased and recycled during a management-initiated "economy drive" at the ABC, an action which Meldrum later criticised and said was "unforgivable". At least 100 episodes in total were erased from this period of the show's history.