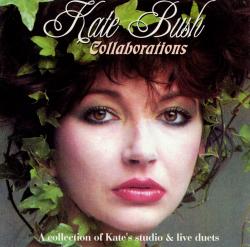 'Collaborations' was released on CD only.

The knowledgeable blog 'The world of Kate Bush' concluded: 'Overall, this isn't a great CD even for a bootleg. It's alright, but not great. It isn't a personal favourite of mine, and I think it would be a complete waste of time looking for this one... or even spending good money on it.'