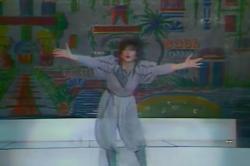 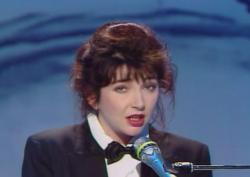 Kate Bush performing 'This Woman's Work' on Champs Élysées, 19 May 1990

Champs-Élysées is a French-language television show presented by Michel Drucker and broadcast live from 16 January 1981 until 29 June 1990 every Saturday evening on Antenne 2 and irregularly on France 2 between 13 November 2010 and 11 May 2013.

The show owes its name to the fact that it is realized live from the Pavillon Gabriel, located avenue Gabriel, along the avenue des Champs-Élysées in Paris. The musical theme of the program was composed by Jean-Pierre Bourtayre and Jean-Claude Petit2. The choreography of the credits was composed by Redha.