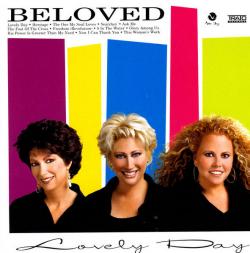 Beloved was formed by Kim Gravel, Denise Clark, and Amy Goins in Georgia (USA). Kim Gravel was a former Miss Georgia and had been singing since she was four years old. Denise Clark’s love of singing harmony began at 12 years old when she sang her first duet with her father in church. Amy Goins grew up always involved in music and received a Bachelor’s degree in music education.

As devoted Christians, their music is popular in the more religious surroundings of American music. Their debut album 'Lovely day' (2006) featured a cover version of This Woman's Work. The album 'Wake The World' followed in 2008. In addition to writing, recording and producing CD's, they began hosting an annual women’s conference in 2007. They also developed their own cosmetic line, Beloved Beauty.